Brac, map, is the third largest island in the Adriatic sea and differs from the others through its rugged rocky nature. There are quarries all over the island and from here, valuable stone is exported to all of Europe for use in buildings. The Royal Palace in Stockholm is partly made of stone from Brac. Brac is perhaps most famous for its beach Zlatni Rat , the golden horn. The beach is within walking distance of the village Bol . A tall rocky beach that protrudes into the ocean and changes its shape by the tide. It is easiest to reach Brac by ferry from Split. The ferry docks in the old city of Supetar. There are also nice beaches, but if Zlatni Rat sounds appealing, there are buses from Supetar across the island to Bol.

Cultural and historical sights on Brac
The Dragon Cave, the monastery of Blaca and the Dominican Monastery of Bol are some of the most interesting historical sites, definitely worth a visit. The monastery and church of Bol were built in 1475, but there is a mention in the historical description dating back to 1180. Today the monastery has a unique botanical garden and a museum with important historical collections and paintings from this time.

The history of Brac and Bol
The first time Bol is mentioned in historical documents is in the 13th century. Among the first inhabitants of Bol were Greeks and Romans. Throughout history, Brac has been ruled by Romans, Venetians and Croatian-Hungarian Monarchy (Habsburg). The different epochs have been changed without major warriors, but you can find the variations in the local culture and the style of architecture through still living historical monuments.

Traditional life on Brac before tourism
Throughout history, the population of Brac has mostly lived as farmers. A few centuries after the Croatians arrived on Brac, a strong development of agriculture and fishing was found. Olives and wine today account for the largest production on the island. You can easily find fine wines grown on the slopes towards Hvar. Bol’s ”Plavac” is a wine that is excellent in comparison to Europe’s best wines.

The fishing industry started relatively late in Brac in the 18th century and became one of the most important industries.

Activities
The Croatian Mediterranean coast with its clear waters, islands and coves is a paradise for the water sports and sun lover, and also invites to vacations for the active person who appreciates swimming, sailing and diving. Those who like hiking, climbing or cycling can also discover Brac’s beautiful scenery with its rock formations and beautiful bays. A little fun fact is that many of the national biking teams practice on Brac a few times a year. Even in preparation of Giro Di Italia you can see many cyclists on the island.

Of course, also the history buff will love what Brac has to offer. Everywhere you encounter historical evidence from the 1000-year-old culture. Take the time to experience the historic Brac. 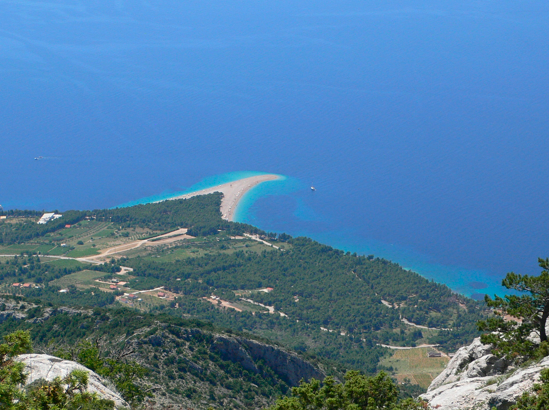 The most famous beach in Croatia, ”Zlatni rat” (the golden horn), is located on Brac. The picture is taken from the mountain ”Vidova gora”, 778 meters above sea level.

Traditional dishes in Dalmatia are grilled fish with olive oil, vegetables and wild-growing herbs. Characteristic is also the delicacies of the sea and the typical Prsut ham that is smoked and dried in the wind. In addition, you drink white wine or the famous herb schnapps Travarica. When visiting the local little pub or the finer restaurant, you are always invited to high-class culinary meals. The Italian-inspired food culture permeates every meal. The local wine is of excellent quality. The fact that Croatia is affordable is no news, which means that there tends to be many restaurant meals during the stay.

Croatia is thus becoming increasingly popular for its good food and fine wines. Along the coast of Istria, Dalmatia and Primorje, the food is inspired by, as previously mentioned, Italy, but cooked in a ”Croatian way”. Fish, seafood, pasta and pizza are often on the menu. Common dishes are Pleskaviska, Buzzarra and Ãevapèiãi. Pleskaviska are large hamburgers that can be ordered with or without cheese filling. Buzzarra means that the main ingredient is cooked in a sauce of wine, tomato and spices and used with several different kinds of seafood. Most famous is Ãevapèiãi, a type of meat rolls served with potatoes or fries. Fried or roasted beef, lamb and pig are also common throughout the country.

You can often order pancakes in restaurants and streets and squares. Croatian ice cream is an excellent competitor to the Italian ice cream in terms of taste and quality. Ice cream bars have a wide variety of different flavors.

Croatia is a major wine producer and produces many different wines of good quality. The most famous red wines are Dingaè, Plavac and Postup, all manufactured in Dalmatia. White wines are made mainly in the northern regions, and the most famous are Muscatel, Malvazija, Káttelet and Poepip.

The beer production also has the old traditions. The biggest beer brands include Oþujsko, Karlovaèko and Laðko. The most common form of spirits is Rakija which is a kind of brandy and can be found in many different flavors. 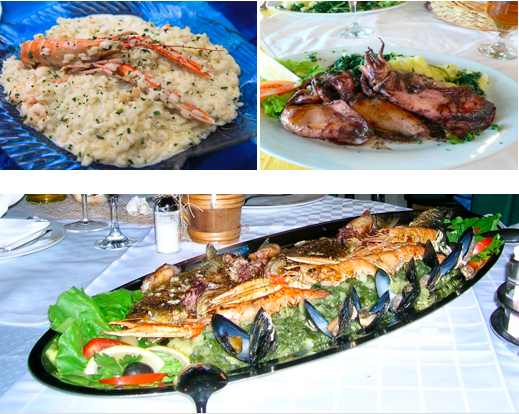 Travel documents
Current passport. If you drive your own car, drivers license, car registration documents and vehicle insurance are required.